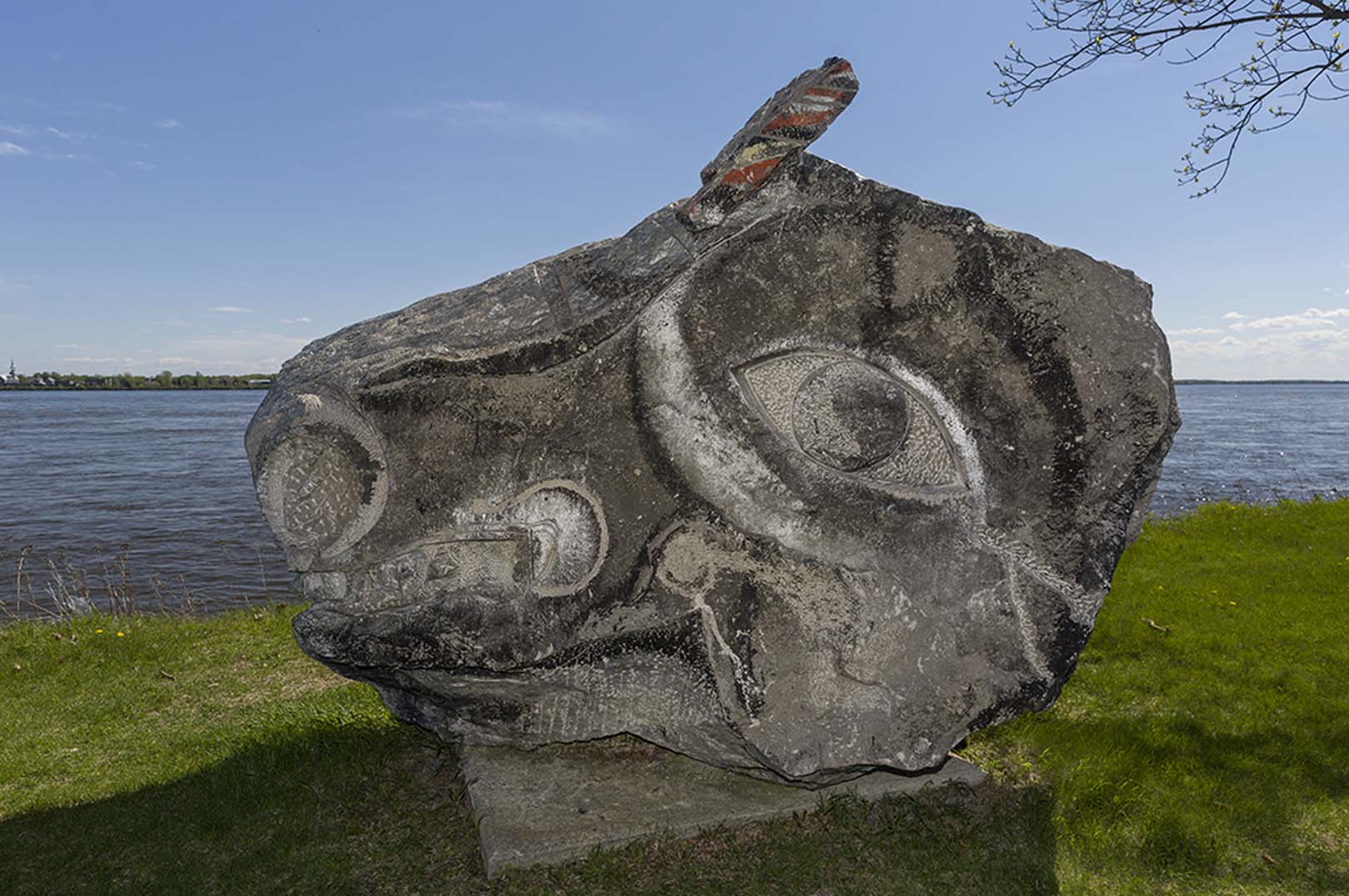 Presentation of the artwork
The artwork Cheval à plume is situated in Parc René-Levesque. It is presented in frontal mode against the backdrop of Lake Saint-Louis. It sits on the ground and is held up by two fieldstones.

The sculpture is composed of a huge piece of Saint-Marc limestone, with the rough surface preserved, in the shape of a horse’s head. A feather made of red-painted stone is attached to the top.

In Maler’s view, the horse symbolizes the conquest of America, mobility, and power. For production of this artwork, Maler gathered an abundance of documentation on the history of the site and the river, covering subjects such as the presence of Aboriginals on the territory, their status, the origins of the first settlers, the ownership of the territory, and the Lachine massacre. The result is an interpretation of the Aboriginal spirit, represented by the feather. By the treatment of its forms, the mass of stone has retained a crude, almost rudimentary appearance. The rough carving of the stone and the pigment highlights refer to cave art. They evoke accurately, and as effectively as prehistoric artworks, the presence and energy of animals.

Associated events
Produced during the “Un Lieu” sculpture symposium in Lachine in 1988, the artwork was then donated to the Ville de Lachine by the Centre des arts contemporains du Québec à Montréal.
Miroslav Frederik Maler