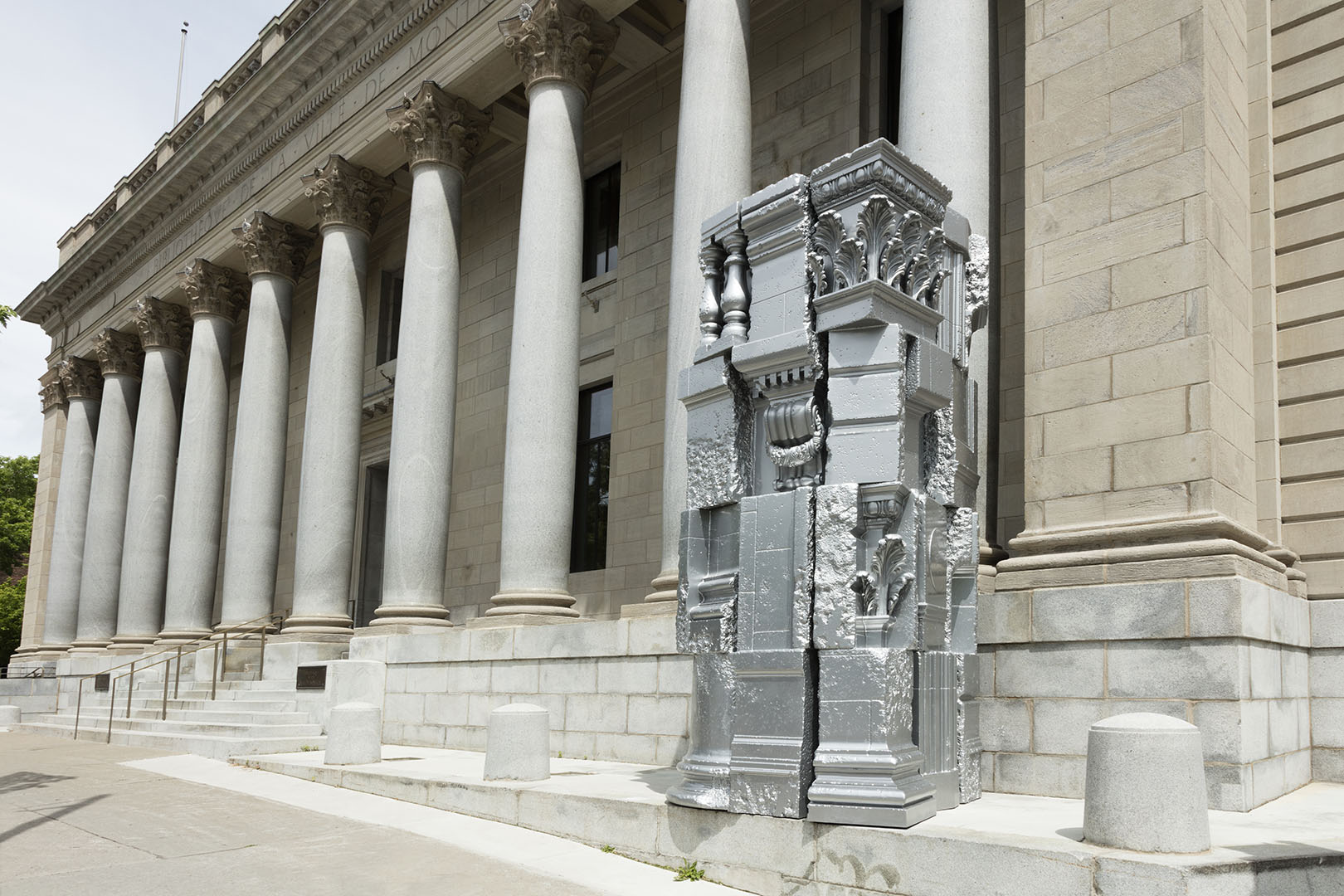 Presentation of the artwork
Placed at the entrance to Édifice Gaston-Miron, Dialogue connects the grandeur and richness of the building’s architectural language to those of the poet whose name it bears.

Drawing on the details of this majestic architecture, the artist reproduced and brought together, in a single object, 32 fragments from its façade. Slightly off axis from the line of the façade, the conglomeration from which the sculpture takes shape makes it a stylistic distillation of the building, its nucleus, ready in its turn to be deployed in space.

Anthropomorphic in appearance, Dialogue is perceived by passersby as a giant welcoming them to the building. Made entirely of aluminum, the sculpture’s reflective surface contrasts with its massive look, creating a balance between refinement and raw creativity, reminiscent of poet Gaston Miron. The sculpture magnifies the presence of Édifice Gaston-Miron, which towers over it, and enters into dialogue with it.


“My sculpture is a kernel of what appears in the immensity of the building even though it came later. The elements used in this sparkling block trace new points in the game of back-and-forth that animates the viewer’s eye.”
– Yannick POULIOT

Associated events
The context for the competition organized by the Public Art Bureau of the City of Montréal in 2015 was the planned renovation of Édifice Gaston-Miron. Formerly the central library of Montréal, the building changed vocation in 2009 to become home to the Conseil des arts de Montréal and the Conseil du patrimoine. In compliance with the Politique d’intégration des arts à l’architecture et à l’environnement des bâtiments et des sites gouvernementaux et publics (1 percent policy), the commission involved integration of a work respecting the building’s heritage value and referring to poet Gaston Miron, after whom the building is named.
Yannick Pouliot