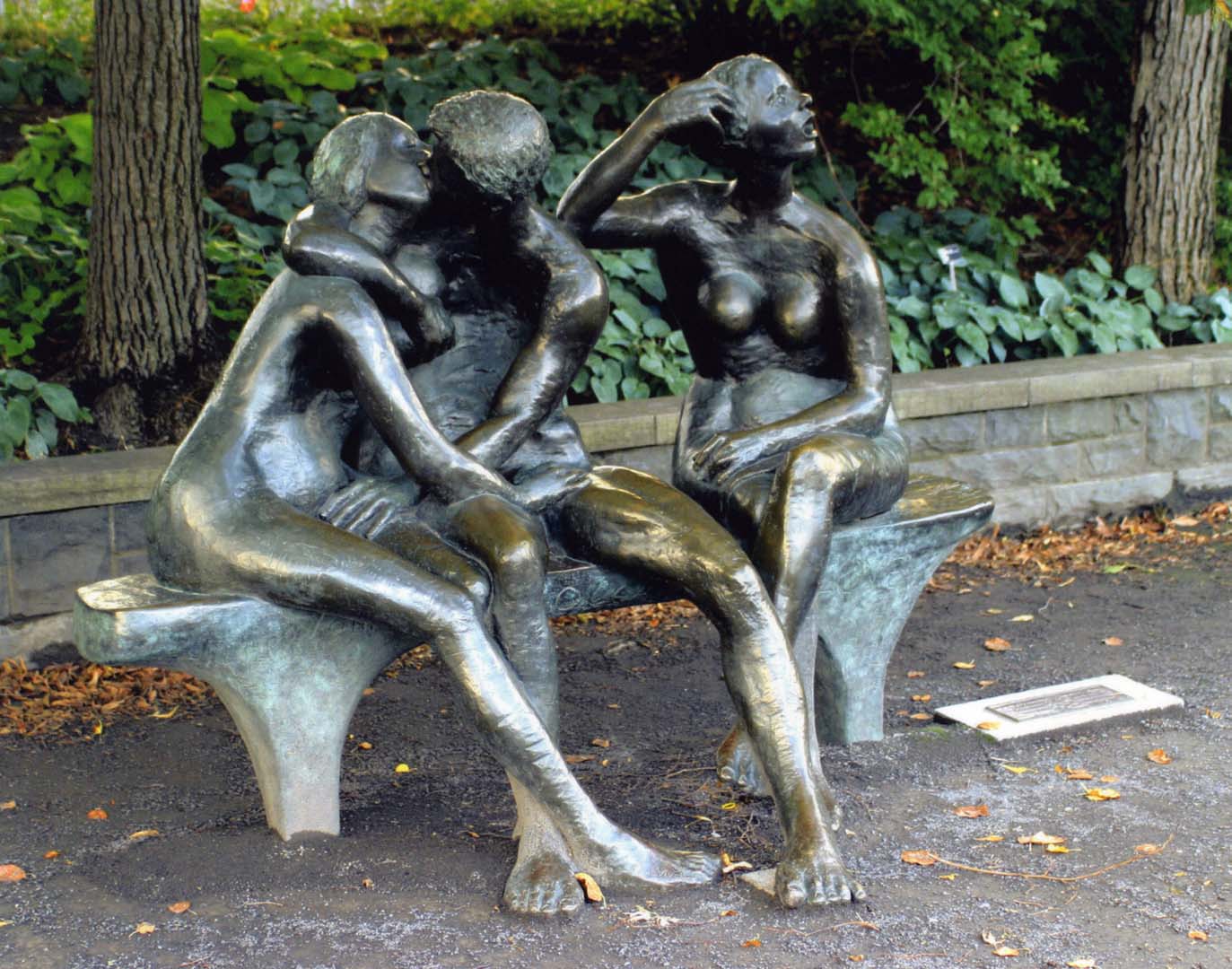 Presentation of the artwork
This bronze sculpture presents three figures sitting on a bench. A nude couple seem to be absorbed in the intimacy naturally created around them, whereas a third figure, dressed in a skirt and averting her gaze, projects boredom and solitude. On the bench, in graffiti, are sentences about love by famous people, such as Menachem Begin, Indira Gandhi, and Mother Teresa: “Se souvenir chaque jour que nous sommes tous frères,” “Love is the rhythm of life,” “Amor con la passion para siempre,” and so on.

In her first sculpture presented in North America, Vivot began her exploration of the theme of family that was to be predominant in her art production. Indeed, one could determine retrospectively that Le banc des amoureux represents the first step – that of love and seduction – in the formation of the family that Vivot’s sculptures portrayed.
Associated events
Le banc des amoureux was first briefly on display in Toronto in 1979, before being installed in front of the Montréal Museum of Fine Art. When businessman Abraham Hirschfeld purchased the artwork in 1985 for the lobby of a hotel, he commissioned a bronze reproduction as a gift to the Ville de Montréal and Montréalers. In this way, Hirschfeld was showing his gratitude to the city that was his first home in North America in the early 1950s. The sculpture was moved to its permanent site, the Botanical Garden, in September 1987.
Lea Vivot