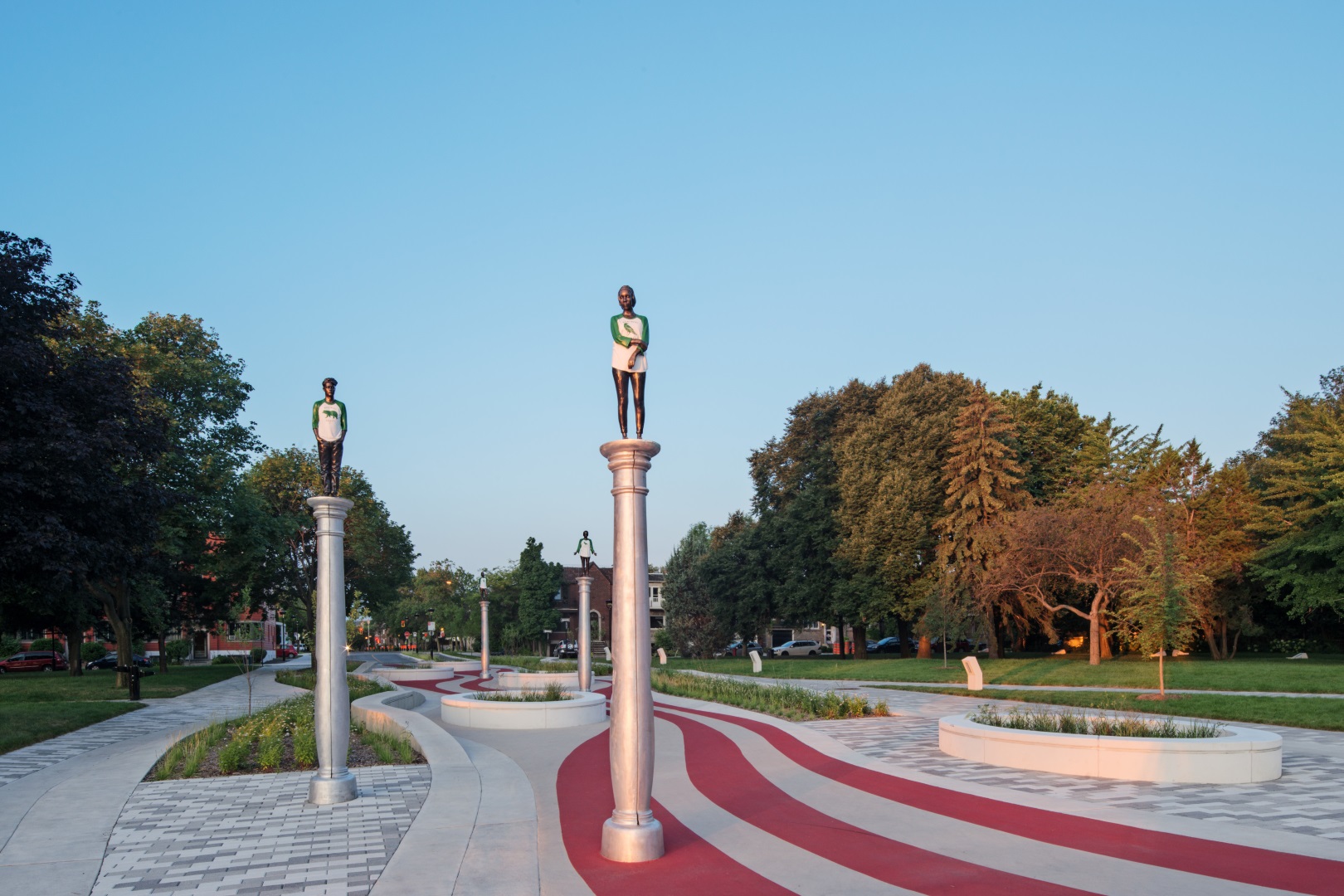 Presentation of the artwork
Positioned on the Promenade de la Ville-de-Québec, which provides a crossing between the Guido-Nincheri and Marie-Victorin parks, this sculptural grouping represents the ties between Québec City and Montréal.

Four bronze teenage figures, dressed in sports uniforms, stand on tall pedestals inspired by classical columns. They are part of an imaginary team whose uniform numbers represent great moments in Québec history: the foundation of the town of Québec (1608), the foundation of Montréal (1642), the Montreal World Fair, Expo 67 (1967), and the Montréal Olympic Games (1976). Each cast-aluminum column is embossed with artistic symbols inspired by Laurentian and Northern nature. At night, the work is illuminated at eye level by lights inside the pedestals. With a nod to sport, history, and nature, Jean-Robert Drouillard makes a gesture intended to both underline and preserve the collective memory and establish a connection with the institutional intersection formed of Espace pour la vie, Olympic Park, and the Musée Dufresne-Nincheri.

This work is consistent with Drouillard’s artistic approach. By using the technique of wood carving, he associates his practice with traditional art and religious statuary. In this presentation of bronze figures on columns, he appropriates the codes of commemorative sculpture to offer a deeply significant piece of contemporary art.

Associated events
In 2015, the Ville de Québec launched a public-art competition with the objective of making a gift of an important artwork for Montréal’s 375th anniversary. The artwork was designed specially for the new Promenade de la Ville-de-Québec. This green space, surrounded by the Jardin botanique d’Espace pour la vie, the Olympic Park, and the Musée Dufresne-Nincheri, was newly landscaped as part of the redevelopment of the Pie-IX–Sherbrooke intersection.
Jean-Robert Drouillard