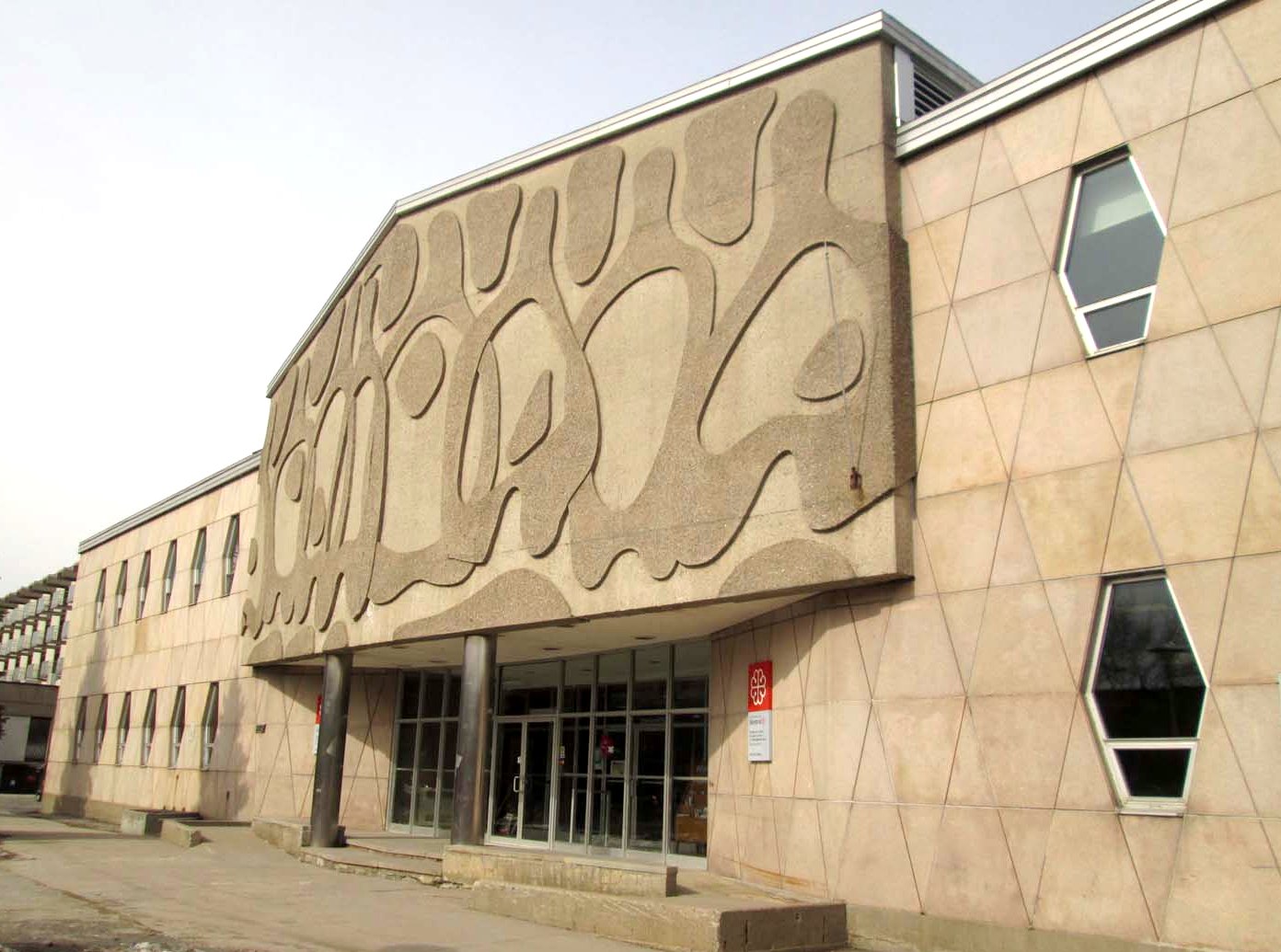 Presentation of the artwork
The sculpture is in the centre of the central walkway to the Centre du Plateau, and the mural marks the building’s entrance. A strong physical link exists between the two components due to the use of a single motif, the human figure, for the sculpture and the mural.

The sculpture is composed of three intertwining forms made of concrete with quartz aggregate. The forms approach geometric abstraction but allow for perception of human silhouettes, possibly a family. The mural has an analogous silhouette, but treated in two dimensions. At the time, Claude Théberge created a covering of coloured tiles (red, orange, black, and white) inserted between the relief figures in the mural. The covering was removed, and now the mural is composed solely of its basic material, concrete.

Danielle Doucet, art history professor, explains that this style of integration with architecture is symbolic of the 1960s: “In effect, non-commemorative public murals were found in all parts of the large and constantly growing Quebec public administration tertiary sector ... These works are situated in sites emblematic of the social development of the period and in buildings with architecture from the modern movement.” In fact, the entire architecture of the building is consistent with this modern aesthetic.

Associated events
The cultural and sports centre was created by the Centre d’apprentissage des métiers de la construction and built 1963, thanks to contributions by construction employers and workers. This physical-education centre was directed by Paul H. Lapointe, and then managed by the Commission de formation professionnelle, from 1970 to 1986. The City of Montreal purchased the centre around 1989, renamed it Centre du Plateau, and converted it into a community centre. The exterior mural and the sculpture at the entrance to the centre were then integrated into the municipal collection.
Heinrich Streubel