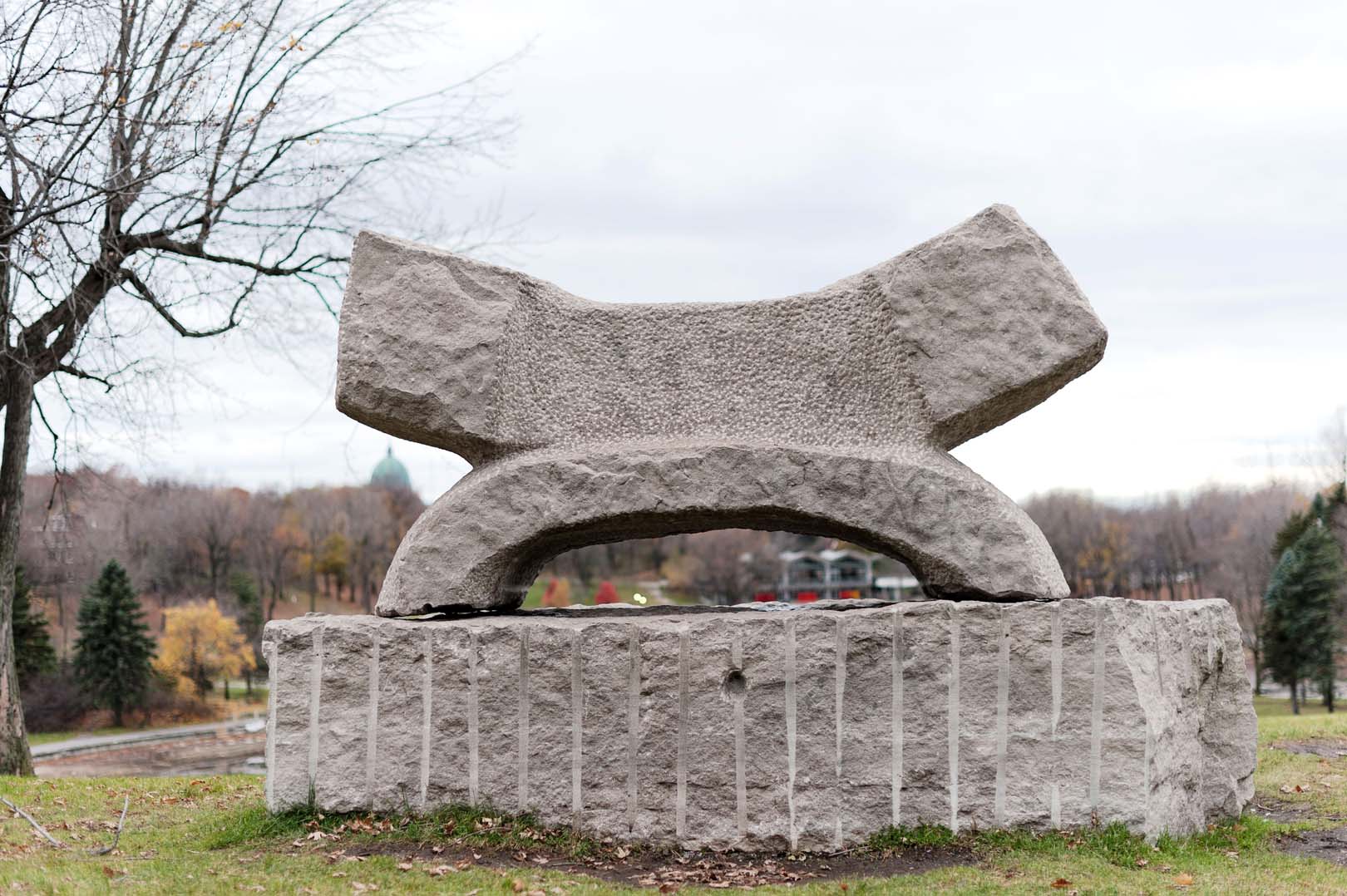 Presentation of the artwork
Separated somewhat from the other artworks produced in Mount Royal Park for the symposium, this abstract sculpture is formed of two limestone arcs, the upper one of which has rectangular prisms at its ends. The base consists of a block of raw stone bearing the marks of its extraction.

A sense of restraint, even neutrality, emanates from these shapes, which seem to have been placed in balance. Even with this abstraction, Burman, who expressed an interest in human drama in his artworks, does not block the presence of a sensibility that is manifested, among other things, by the arcs in opposition, testifying to a symbolic conflict between two opposed entities.

According to a model made in 1962, this sculpture was supposed to be made of wood, the artist’s favourite material. When he was preparing for the event, however, Burman decided, for technical reasons, to work in limestone; this was his first artwork made of stone.

Associated events
Burman’s artwork was executed for the International Sculpture Symposium in Montréal (1964), the first time a symposium was held in North America. The goals of this concept, created a few years earlier in Europe, were to have artists create monumental sculptures in a context of encounters with the public and to provide public spaces with international-calibre artworks. Instigated by sculptor Robert Roussil, this symposium gathered 11 sculptors from nine countries and attracted more than 40,000 visitors. It was seen as one of the events that brought Québec into artistic and cultural modernity.
Irving Burman