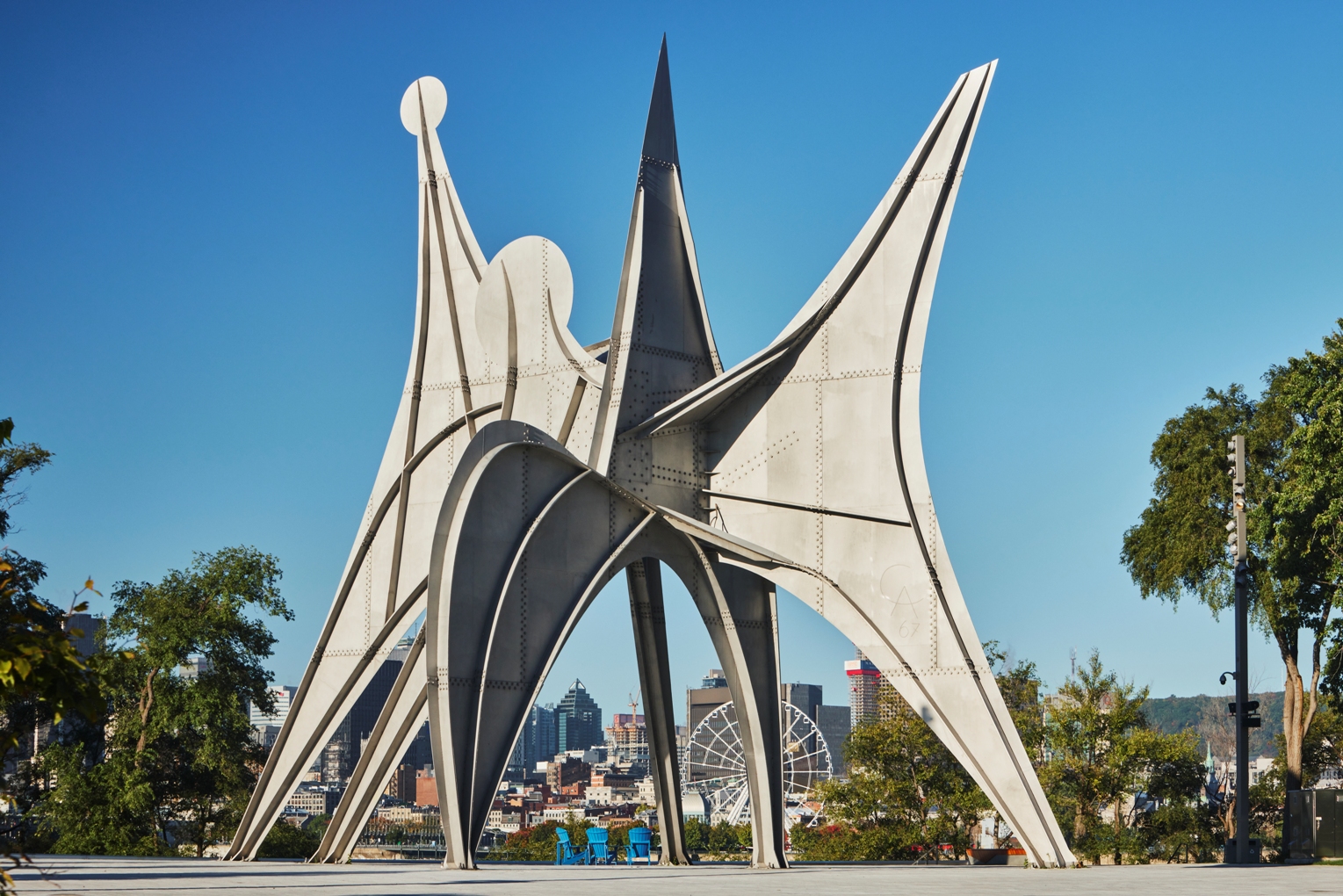 Presentation of the artwork
Alexander Calder’s sculpture Trois disques is composed of five arches made of unpolished stainless steel. The overlapping arches stand on six slender posts whose tops are adorned with two points and three disks. With its abstract form, the arachnoid structure – asymmetrical but balanced – creates plays of shadow and light that evoke dance movements.

The sculpture symbolizes human progress and power. Its site – it was moved in 1991 to the belvedere in Parc Jean-Drapeau on Île Sainte-Hélène build to receive it, 300 metres from its original site – allows the public to circulate around the work and view it from different angles, from near and far. Over the years, it has become an important landmark in the Montréal landscape.

Although a number of cities have purchased a Calder stabile, the one in Montréal is unique. At a height of 22 metres, it is the second-largest stabile (after the one in Mexico City, which is 24 metres in height). At the request of the International Nickel Company of Canada, it is not painted, which also makes it the only example of an unpainted stabile. Therefore, Trois disques shows off the raw material, the elements of assembly, and the traces of its fabrication in a frankly industrial aesthetic. In short, human labour and genius are illustrated in Calder’s imposing sculpture.

Associated events
Commissioned from Alexander Calder by the International Nickel Company of Canada for the eponymous square at the Montréal World Fair held in 1967, the artwork was officially presented to Montréalers when the fair ended. Inspired by the “Man and His World” theme of Expo 67, its title and monumentality made it one of the distinctive symbols of the event.
Alexander Calder