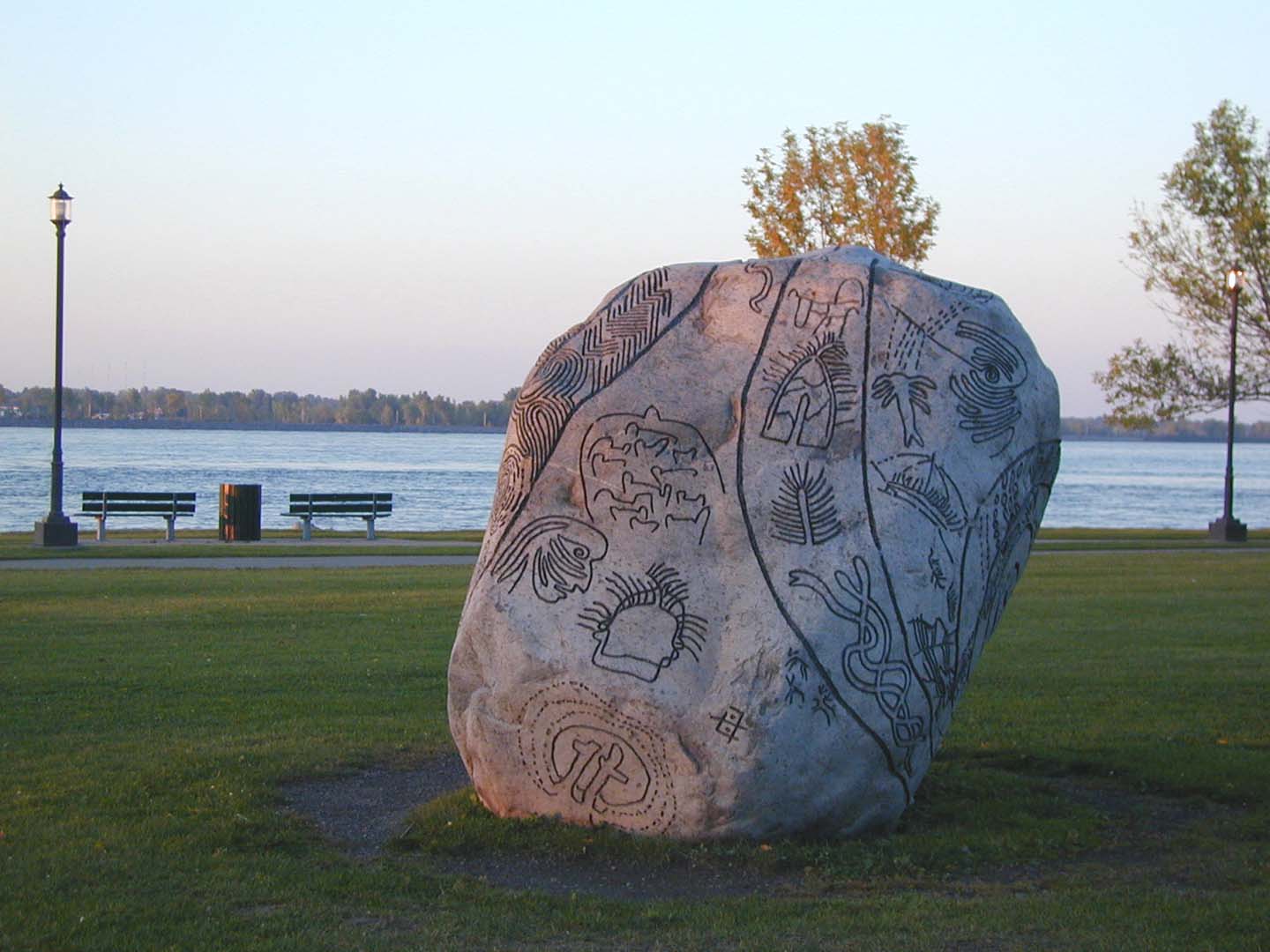 Presentation of the artwork
On the dock between Lake St. Louis and the Lachine Canal, in Parc René-Lévesque, Story Rock is presented as an enigma. On the surface of the sculpture, which retains the natural form of the rock, are engraved a large number of symbols organized around a large spiral. These petroglyphs, some of which are difficult to interpret, others for which the code seems to have been lost, evoke human figures as well as other figurative and abstract forms.

Through such in-carved inscriptions connoting history, ancient civilizations, and myths, Vazan attempts to reveal what is universal about the relationship between humans and their environment. In Story Rock, these figures, inscribed in an unknown language, establish or heighten the viewer’s sensitivity to nature, its fragility, and its vulnerability. Thus, although this rock displays the traces of carving and transforms the landscape through its presence, the true impact of the artist’s intervention is the sculpture’s capacity to affect those who experience it.
Associated events
Story Rock was created for the second Symposium de la sculpture de Lachine, “L’an II – Lachine, carrefour de l’art et de l’industrie,” an event organized on the bank of the Lachine Canal in the summer of 1986.
Bill Vazan

Born in Toronto, Bill Vazan is a multidisciplinary artist who has lived and worked in Montréal since 1957. He received his education at the Ontario College of Art in Toronto, the École des beaux-arts de Paris, and Sir George Williams University in Montréal.

Vazan was the first Canadian artist to devote himself to the production of land art in Canada. Many of his artworks are in Québec, including Outikan Meskina in Chicoutimi (1980) and Réduire in Mont-Tremblant (2003), and abroad, including Pierre ardente in Israel (1987) and Worldworks in Chile (2005).