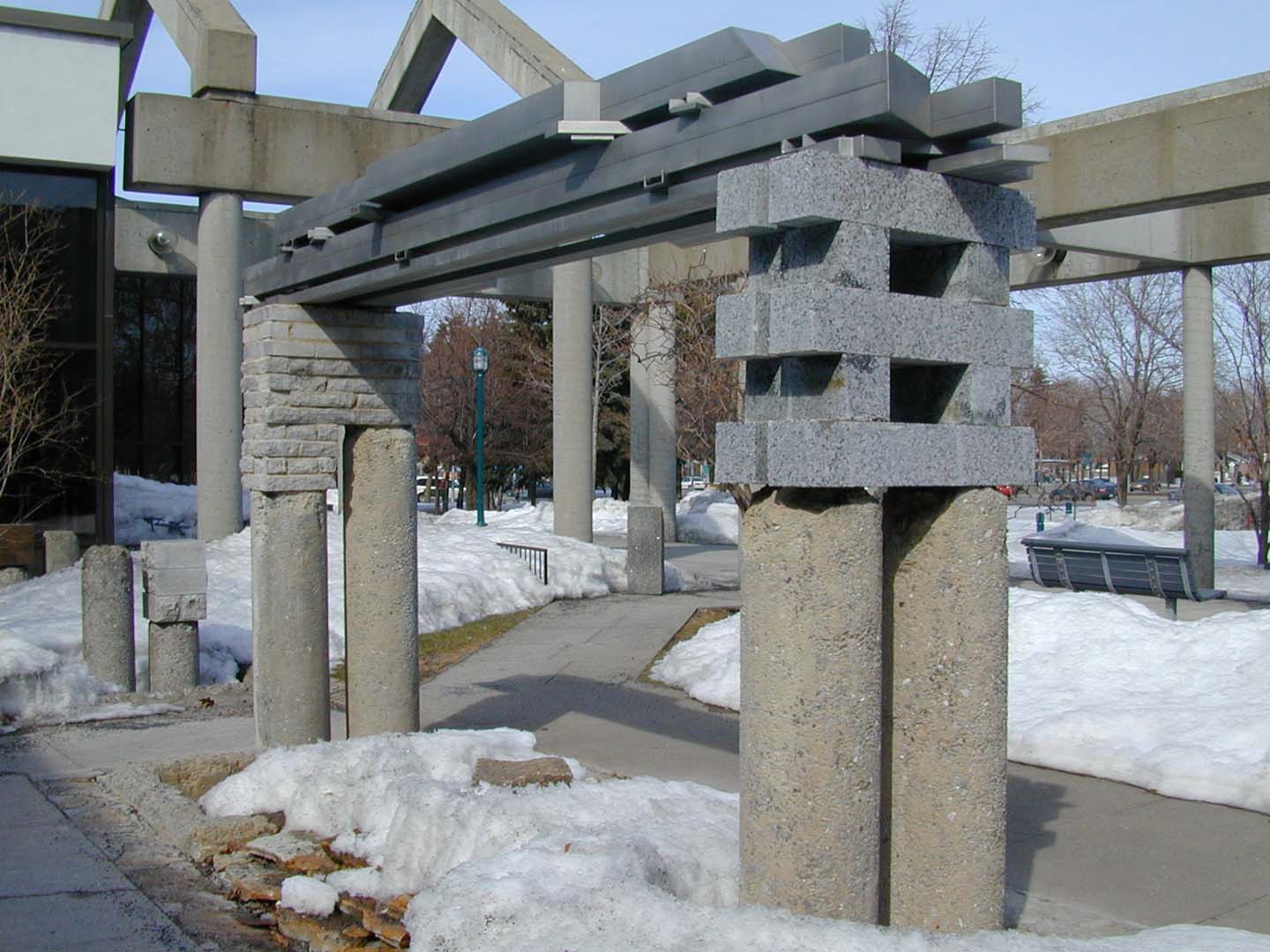 Presentation of the artwork
Trait d’union is a fountain-sculpture created by Michel Goulet to adorn the entrance to the Saint-Léonard Library situated near the borough town hall. Its placement on the site creates a link between the two institutions. It is composed of 12 columns of different heights, erected in pairs, on a single axis. On top of the columns sit different masonry compositions. On the four tallest ones, a complex metallic structure, from which a trickle of water flows into basins made of concrete and stone, forms a sort of dolmen.

These archaeologically inspired elements evoke vestiges from ancient times. They testify, in the form of invented architectural traces, to the civilizations that preceded and inspired ours.

As its title indicates, this sculpture should be seen as the link that connects the two public buildings on the site and their functions. “This hyphen is placed midway between the library, the sum of human knowledge to share, and the town hall, guardian of individual and collective rights in an organized society.” 1 The artwork, which is one of Goulet’s first public art projects, is thus presented as a reminder of the heritage of Western culture and a way to perpetuate it through creativity.

1. Michel Goulet, project submission, 1984 (our translation).
Associated events
The artwork was designed and installed under the Government of Québec’s Programme d’intégration des arts à l'architecture, at the time when the Saint-Léonard Library was built in 1983.
Michel Goulet

Born in Asbestos in 1944, Michel Goulet studied art at the Université du Québec à Montréal. A number of his large-scale projects are in the form of poem-chairs anchored to the ground in public areas, such as the ones temporarily installed at the southwest entrance to Central Park in New York (1990) and those in Place de la Gare in Québec City (2008). Goulet explored this concept when he represented Canada at the Venice Biennale in 1988. His works of public art are also on display in Toronto, Lyon, and Paris.

He had a retrospective exhibition at the Musée d’art contemporain de Montréal in 2004.